Enemy Territory : Quake Wars is a first-person shooter follow-up to Wolfenstein: Enemy Territory. It also has the same science fiction universe as Quake 4, with a story serving as a prequel to Quake II. 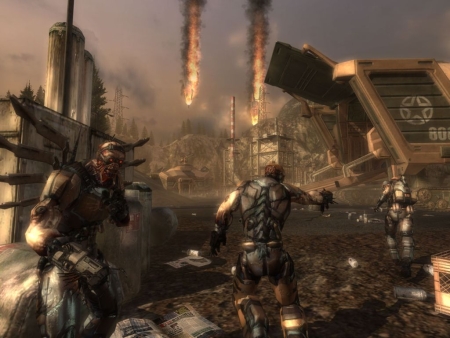 Quake Wars is the second multiplayer-only game in the Quake series after Quake III Arena. The gameplay is almost the same as Wolfenstein: Enemy Territory, but with the addition of controllable vehicles and aircraft, asymmetric teams, much larger maps and the option of computer-controlled bots. Enemy Territory: Quake Wars is being developed by Splash Damage for the PC using a modified version of id Software’s Doom 3 engine and MegaTexture rendering technology. At E3 2006(Electronic Entertainment Expo), the game won the Game Critics Award for Best Online Multiplayer.