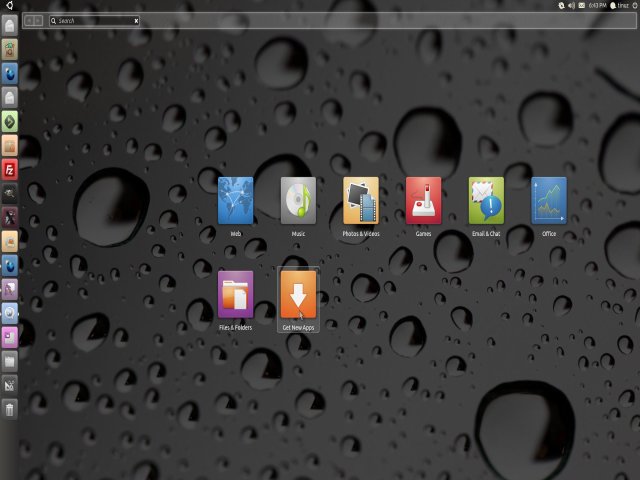 Unity is a desktop environment developed by Canonical Ltd. for its Ubuntu operating system. Unity debuted in the netbook edition of Ubuntu version 10.10. It is designed to make more efficient use of space given the limited screen size of netbooks, including, for example, a vertical application switcher.It uses Compiz as window manager which Canonical thinks is faster than Mutter, the window manager included in the next version of GNOME Shell scheduled for release in March 2011. The main reason of the Ubuntu switch from Gnome to Unity is the speed of Compiz vs. Mutter. Canonical recently announced it has engineered Unity for desktop computers as well and will make Unity the default desktop environment for Ubuntu in version 11.04 (GNOME-based applications should continue to run under Unity.) Source: Wikipedia

And this is how it looks…

Is there a way to undo it if I don’t like it?

To uninstall you need to change to the Ubuntu Desktop edition first and then copy+paste the following line in a Terminal window: sudo apt-get remove unity
But if you change from Ubuntu Netbook edition to the Desktop edition there is no need to uninstall unity

as an aside. In the article the words butt up against the pic of the desktop. When you add the pic you can create a buffer around it so there is a small border. It makes it a bit easier to read for us old guys! You can do this either when you add the pic or by clicking on it in the post before you publish and adjusting the border and color of the border.

I’ll keep that in mind… thanks for the info m8 🙂

anytime, and I’m liking this setup. Once I learn my way around all the buttons I think it will stick. Thanks!

is it just me or did it seem to slow things down? It runs great when you first start the computer but after a few hours it seems to bog down. Any one else having this issue?

I tried “sudo apt-get remove unity” like you said but the top gnome panel never came back and it seemed like some aspects of Unity were still there. It was weird. So I reinstalled Unity. Was there something else I was supposed to do?

Change back to the desktop session and copy+paste the following line in your terminal window:
sudo apt-get purge ubuntu-netbook-unity-default-settings
This should remove the ubuntu netbook edition and the unity stuff.

Thanks for the response but I installed it into the desktop via-
sudo add-apt-repository ppa:canonical-dx-team/une
sudo apt-get update && sudo apt-get install unity
when I try to uninstall the way you said it says it can’t because netbook-unity is not installed.

or try these lines to bring back the default gnome panel:

Comment fields are shrinking by the reply 🙂
If you don’t have the netbook remix installed then sudo apt-get remove unity would be enough to uninstall. When you miss the gnome panel try restarting gnome panel with this command line: killall -1 gnome-panel

Unity seems slow and clunky on my netbook…
To remove the rest of the unity stuff, switch to the desktop edition from the login as mentioned before then…

This should get everything
Jason